Are you looking for a new insurance provider?

Beacon Point Insurance is locally owned and operated in Independence, Missouri, so we know the area well. We offer quality solutions to individuals and businesses in a variety of areas, including homeowners, auto, umbrella and commercial insurance. Our focus on customer service ensures that our customers always feel like they’re getting the best deal possible.

You deserve peace of mind knowing your family is protected from the many unforeseen events or accidents. Give us a call today to find out more about how we can help protect your assets with an affordable plan that meets your needs!

Beacon Point Insurance today for all of your personal or business insurance needs!

Insurance isn't always fun, but it's important that you understand the basics. 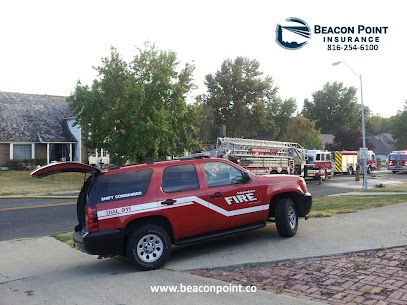 Home insurance is a vital coverage to protect your home's value and keep your family in their house. It covers damages from perils such as fire, windstorm or other natural disasters that can occur over the course of ownership. Our experts will help you find the type of coverage you can feel good about.

Auto insurance is not only a required coverage to guard you in the event of an accident, it's equally important to cover the value of your car. Get peace of mind when going out on the road knowing that you have protection from personal injury lawsuits should something go wrong.

Health insurance (sometimes also called medical coverage or healthcare) helps to cover different health care expenses. The insurance will pay for most medical-related costs and help you avoid extreme hardships due to unforeseen circumstances such as an injury or illness.

Medicare Supplement Insurance, which are also called Medigap insurance, helps cover important out of pocket health care expenses left over from Medicare. We want you understand your options and answer your questions so you can make an educated decision on what coverage you can feel good about.

Business Insurance protects and provides financial stability by reducing risks. With business insurance, your business will be able to handle the unforeseen events that can occur. We provide a range of coverage options and policies to help protect your business from many different types of errors and accidents. It's not just property coverage that we offer, but coverage for the many risks faced by a small enterprise.

Call us today for a free quote on any of the products we offer. If you are interested in scheduling a free insurance review to determine how much of your time and money is wasted, call us today.

Independence is known as the "Queen City of the Trails" because it was a point of departure for the California, Oregon, and Santa Fe Trails.

Independence was also the hometown of U.S. President Harry S. Truman; the Truman Presidential Library and Museum is located in the city, and Truman and First Lady Bess Truman are buried here.

The city is also sacred to many Latter Day Saints, with Joseph Smith's 1831 Temple Lot being located here, as well as the headquarters of several Latter Day Saint factions.

Call Beacon Point Insurance for all your insurance needs

Sitting right here in my basement looking out the window at the rain / ice falling from the sky makes me miss the better weather when I could get out and leave tracks on the Little Blue Trace Trail on the east side of Independence, Missouri. If you have not explored the Blue Trace, I …